The notion of lomography was inspired by the Soviet LOMO brand of photographic cameras. Based loosely on the Cosina mini-camera, LOMO Compact was introduced in early 1980s. This cheap camera with adequately cheap plastic lens quickly gained the popularity for its affordability and many teens received it for their birthdays throughout the eighties. Caring very little about the technical quality of their masterpieces (not much could be done to improve the quality anyway, provided the materials the camera was made of), young photographers were taking millions of shots depicting their daily lives with the most artistic imperfection. In 1994 the first International Lomographic Exhibition was held simultaneously in Moscow and New York. The unique-looking colorful blurry photographic technique has gained many followers across the globe. The Lomographic Society International was created, defining 10 rules of lomography: 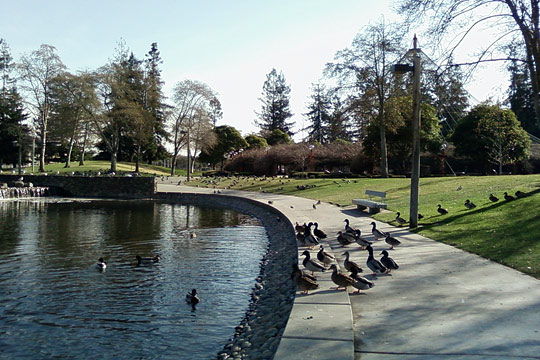 10 years later with the spread of digital cameras built into cell phones the new art has emerged, which follows exactly the same rules - the art of mobilography. Low light sensitivity, fixed focus, low digital resolution and strong distortions produced by tiny lens are hardly an obstacle for a creative mind. The digital era has brought a major advantage of interactivity - not only you can take a momentary digital shot (called "mobilographs" or "mobilograms"), but also share it instantly with the entire planet Earth's population. This art takes a new step breaking borders and language barriers. The ease of digital manipulation adds to the attractiveness of this form of self-expression. The history repeats itself with the foundation of the World Society of Mobilographers in Spring 2004. Who knows, maybe a few today's mobilograms will become renowned classics some day. Even if they do not, trying is a rewarding experience all by itself!

The amount of mobilographs in my own photographic album is increasing rapidly. Just two years ago I could not imagine myself having a cell phone equipped with a camera, now I cannot imagine the opposite. I have even put together a section on the website to feature my best mobilograms which, in my opinion, convey the essence of mobilography. Welcome to my mobilography pages, hope you enjoy viewing the momentary digital snapshots of my life!